Internship project by Guilford Senior Philip Kenlon '17 on resources available in the Friends Historical Collection relating to Quakers and Vietnam. 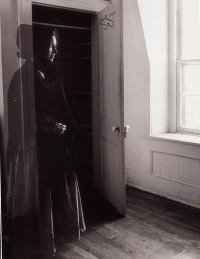 This program provides information about Quakers and other individuals who were involved in the Anti-War movement during the Vietnam War.

The United States was militarily involved in the country of Vietnam from 1965 to 1975. The United States was assisting South Vietnam in their fight against a communist North Vietnam and the Viet Cong, a guerilla insurgency in South Vietnam. When the first U.S. combat troops were sent to this Southeast Asian country, many people began to question the involvement of the United States. They thought there were no justifiable reasons for militarily intervening in this country. They believed it was a civil war and the Vietnamese should decide whether they wanted a democratic or communist government. Many people soon became involved in the anti-war movement, including Quakers and members from all branches of the U.S. military. These two groups made significant contributions to the massive anti-war movement here in the U.S. that was protesting against a confusing and destructive war occurring halfway around the world. You will learn about the involvement of these two groups in the anti-war movement during one of the most turbulent and controversial times in U.S. history.