This is the official Guilford College Writing Manual. A collaboration between the English Department and the Hege Library.

How College Writing is Different 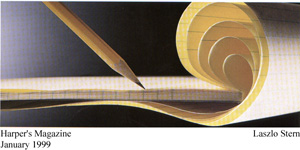 Actually, we're talking not just about college writing, but about all the professional writing you will do from this point forward, whether at Guilford or in your career. For as Harvard writing expert Peter Elbow observes, "Life is long and college is short."

Probably the most important difference between the writing you will do here and that which you did in secondary school is that this writing counts. You are now in the business of making new meaning that will affect people's lives.

To illustrate: consider the Guilford college catalog. Suppose that when you arrived here you were accidentally handed a catalog that was 10 years old. How useful would it be? Some of the information would still pertain, of course. Many of the faculty from 10 years ago are still here. So are virtually all of the buildings. A lot of the courses you would find in the old catalog are still taught today.

But you would be missing a lot. For starters there are many new faculty. And the ones who were here 10 years ago are not the folks they were then. They have followed new interests, developed new programs, designed new courses. Meanwhile, new buildings have been constructed. And the academic program is dramatically different. We overhauled the curriculum in 1998. We also have a computer network that did not exist 20 years ago. Both the college and its people are dynamic and engaged in ceaseless change: Guilford is fundamentally different than it was ten years ago.

In other words, as a map to what Guilford college is, the 10-year-old catalog would be woefully inadequate.

Now think about the college library, or any library in the world. What are these libraries but old catalogs, this time not of the college but of the world? Isn't the world just as dynamic, just as characterized by constant change? CNN news boasts, "in the next 30 minutes your world will change and we will be there to record it."

As a thoughtful citizen of the world, you have a responsibility to be a maker of new knowledge, an updater of the world's information as well as an assessor of the meaning and significance of this information. Every new development and new idea that occur in the world ripple through all existing knowledge, causing a constant, ongoing need for evaluation, synthesis, and reformulation.

When you write in college or in the larger world, you are advancing the cause of truth.

This is a heavy responsibility and it entails the development of specific skills and habits of mind (and pen). Here's a laundry list of them. Many will be stressed--and assumed

What I've just listed are general skills. Be aware that as you choose a field or fields of principal interest, you will be joining a new tribe (e.g., biologists, economists, artists) and taking on additional responsibilities: responsibilities to learn specific methodologies, modes of inquiry, forms of discourse. You are, by participating in the important truth-making work of a field, a practitioner, not just a student.

Think of your new status in terms of joining a conversation. Noted 20th-century rhetorician Kenneth Burke provides an image of this in The Philosophy of Literary Form:

Imagine that you enter a parlor. You come late. When you arrive others have long preceded you, and they are engaged in a heated discussion, too heated for them to pause and tell you exactly what it is about. In fact, the discussion had already begun long before any of them got there, so that no one present is qualified to retrace for you all the steps that have gone on before. You listen for a while, until you decide that you have caught the tenor of the argument; then you put in your oar. Someone answers; you answer him; another comes to your defense; another aligns himself against you, to either the embarrassment or gratification of your opponent, depending upon the quality of your ally's assistance. However, the discussion is interminable. The hour grows late; you must depart. And you do depart, with the discussion still vigorously in progress.

Whatever the field you choose--history, physics, management, or whatever--you will find a conversation that has been going on for a long time. You will enter it for the period of your career in that field, and when you retire or change careers, the conversation will still continue. Ideally, you will have contributed significantly to it and had an impact in a way that betters the field as well as the people the field affects. In order to have this impact, you will need to learn how to converse with clarity and power.